Matter of a node. 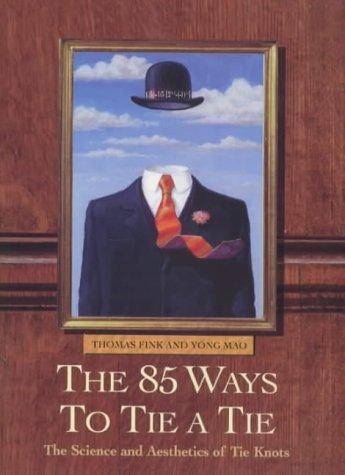 Have you ever thought about how many types of knots can be done?

In the nineteenth century, publications began to help men learn how to tie ties correctly. The first of these was the "Neckclothitania" collection, published in London in 1818. He described the 12 most common styles for wearing the male accessory. The author of the collection explained how to become a "worthy gentleman" or a "scoundrel" - at least as far as the tie was concerned.

In 1827 a booklet was printed in Paris with an inscription on the title page "The art of putting one's tie in all known styles and of use taught and demonstrated in sixteen lessons.", And shortly thereafter "The Art of tying the Cravat "appeared in England with the signature of H.Le Blanc.

The book has been reprinted 11 times and is popular throughout Europe. The book describes 32 ways on how to tie ties, for example: oriental, American and a-la Byron.

Even in the nineteenth century, the famous French writer Honore de Balzac lost his attention on this subject. 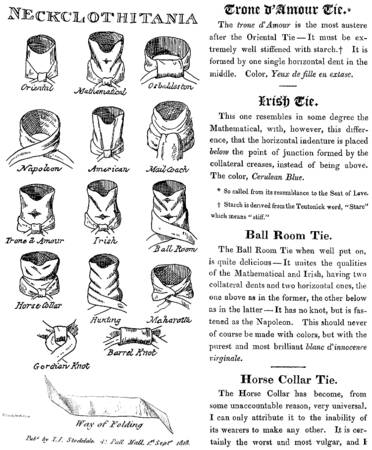 The most famous quote by the author sold throughout the world: "The tie is the man; it is through it that man is revealed and manifested. To know a man, a glance on this part is enough of him joining his head to his chest. "

The book "The Art of Dressing" (1830) describes 72 ways to create different knots. At this time, the demand for ties has reached its highest point.

After more than 150 years, thanks to the development of science and information, there are new "innovative" types of tie knots. In 1999, two physicists from the University of Cambridge (UK) Thomas Fink and Yong Mao thanks to a series of experiments, the last in 2001, came to the conclusion that there are exactly 85 different ways to make a knot. Later the book "The 85 Ways to Tie a Tie" was published, which describes all these methods.

The latest scientific research was conducted several years ago. The last study was done by a Swedish mathematician Mikael Vejdemo-Johansonn of the Royal University of Technology in Stockholm. The mathematician, intrigued by the videos on youtube where he tried to imitate the "Matrix Reloaded" node of the villain, realized that it was not a node described above in the 85 possible species. He removed the constraints that Fink and Yong Mao had used and together with his colleagues discovered that the possible nodes are 177147! The study is very interesting but it must be said that most of the nodes are ugly and not easy to implement.

So the next time you try a new way to tie a tie in front of a mirror, don't be discouraged! As a result of these experiments, you might be able to invent the 177148° node) easily and without the help of calculating any computer !! :)

Find the perfect tie for your knot! 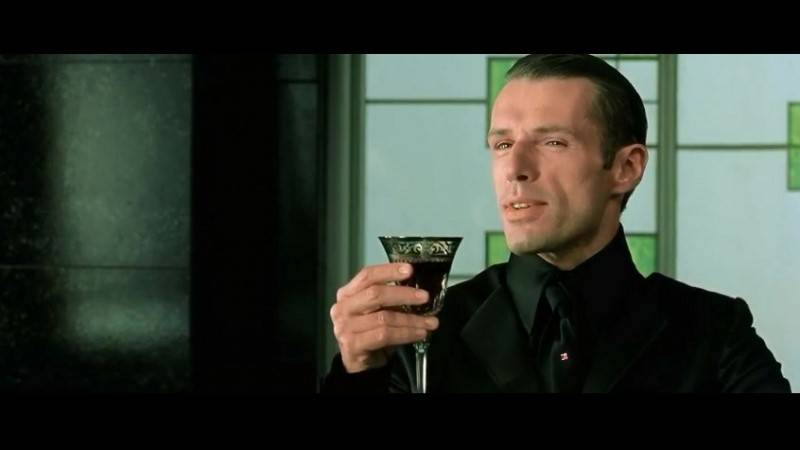